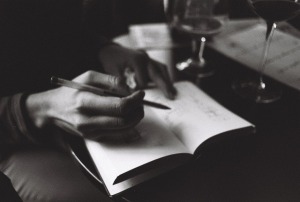 My weekend to do list is a bit excessive, but in a nutshell, the projects and random interests on deck for the next few days:

-working on my manuscript for Yale Younger Poets. I was having weird claustrophobic feelings of my youth slipping ever so quickly between my fingers thinking that 32 was the cut off age and my eligibility to submit was fast evaporating. But no! I have until 40 before I am no longer considered a “Younger” poet by the curatorial folk in Yale publishing. And I also have more years to submit than I thought. Yay! I have sort of let my writing go over the last few months, for a lot of reasons and also because busy. It feels good/anguished/complicated/but yea actually good to come back to with the self-imposed deadline.

-thinking in depth about autism and neurodiversity issues after Seinfeld revealed he believes himself to be on the spectrum. These issues are really important to me, so much so that his revelation aroused such an outburst of enthusiasm in me that I did some reposting with fuck words in my notes with blatant disregard for any bluehaired aunties who follow me on facebook. I think my grandma will understand; she knows I did my time in food service and that I was bound to pick up some naughty language over the years.

-tinkering on my fixer upper Slantomatic 401 to make said raglan blouse. I bought it on a maybe not so wise impulse for $50 on ebay a few months ago, condition unknown, dirty and disheveled but complete with many accessories and cams. Luckily it arrived mostly undamaged, stuffed in a cardboard box with only two musty old thin blankets for protection. Ebayers and their crappy packaging. *shakes head* So I was excited that it ran without a fuss, even though it was caked in greasy grimy gunkiness that makes me think it was stored in some kind of fried chicken restaurant or maybe one of those places on Buzzfeed’s abandoned places lists. So far I have cleaned it, lubricated and oiled it, balanced the tension, used a hair dryer and wd40 to unfreeze the frozen camstack levers, disassembled and cleaned and reassembled the tension assembly, removed and cleaned the balance wheel. Oddly, the old girl is missing the set screw on the chrome knob/clutch/balance wheel, and since the Slantomatic has a different clutch washer than most of the Singers I’ve seen it’s not easy to find a quick replacement. It works pretty well, though I think it needs some usage and more oiling to really smooth things out after being so neglected.