Marilyn Monroe is one of the those lifestyle icons most of us interested in vintage style venerate. I’m no exception, though I’m rather late to the party. I’ve been meaning to find the biography Gloria Steinem wrote about her life; I had no idea she’d been written about by a proper feminist scholar. She is a fascinating figure, both as a study of self fashioning and persona, as well as a woman who built herself up from an awful childhood. There’s a great interview with her from the Pageant, circa 1952, in which she discusses her exercise and eating habits–pretty fascinating. (source) 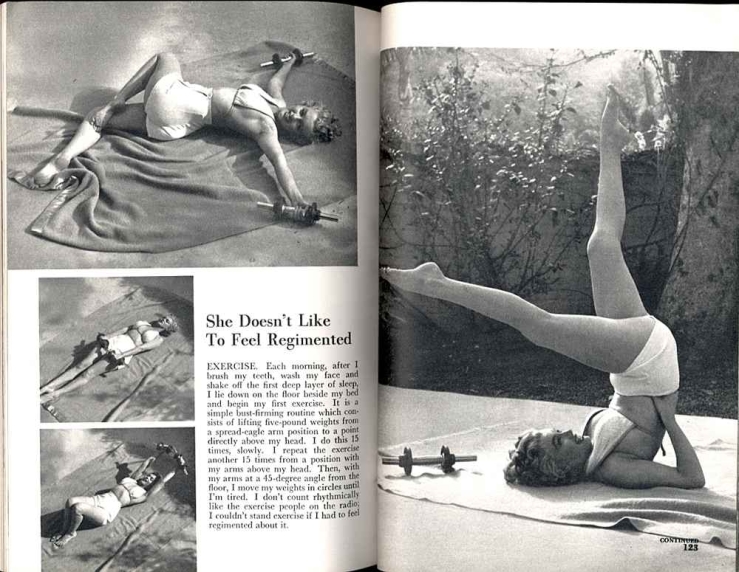 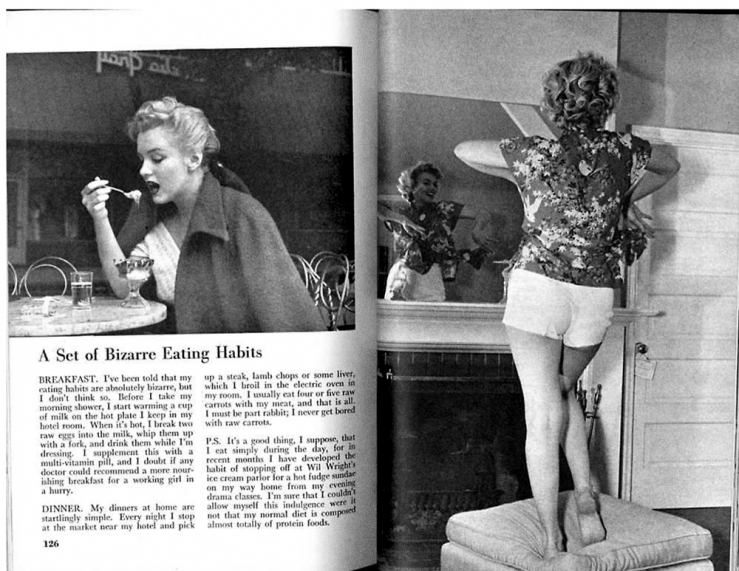